AKNOW (Asserted Knowledge) hosted the TPM2 meeting for the PhysicsKIT4STEM as the fourth day of the LTTA event at its headquarters in Athens, Greece.

The partners involved in the project (ECAM, PISTES, AKNOW, ATERMON, SCHOLE and EMPHASYS) participated in the event both physically and virtually.

The busy day-agenda included many activities that were shared between the project partners. 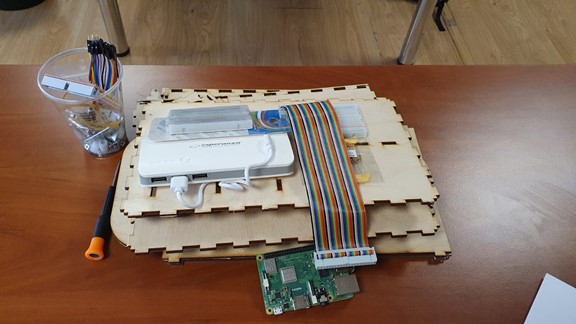 The day started with the PhysicsKit educational backpack, where the glossary and online repository were presented. The glossary was created so that there is a consolidated document with all glossary terms used in the curriculum as well as in the PhysicsKIT assembly guide. On the contrary, the idea for the repository is to have a list with extra resources for reading or experimenting which will complement the curriculum, the kit and other material that are developed further.

The event moved on to designing and building the PhysicsKit and localization of the project.

Then the presentation had a special module dedicated to PhysicsKIT Educators Handbook & Skills and Achievements Framework. The main outcomes from those two included two parts, the educator’s handbook and the skills and achievements recognition framework based on the Open Badges.

The partners shared their views and outputs and finalized the materials for the project.

After a busy morning schedules, all partners did enjoy a lovely lunch break and then came back together to discuss the final topics of the TPM 2.

Those topics were about Instructional Design, Content Transcription and LME Development. 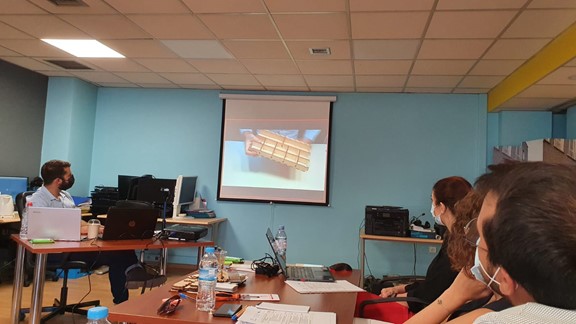 Following the LTTA, all partners will start working on the re-purposing and remodelling of the training course inside the PhysicsKIT Learning Portal as an interactive multimedia content infused with digital resources.

A dedicated instance of the Learning Portal will be deployed on a fast infrastructure to support the project and the PhysicsKIT workgroup will be created as virtual space for the project stakeholders and learners.

Finally, every partner evaluated the overall experience of both LTTA and TPM and necessary feedback was given for future reference.

Overall, the partners were satisfied with the flow of the project and promised to meet soon for the updated version of PhysicsKIT4STEM.

AKNOW (Asserted Knowledge) hosted the LLTA meeting for the PhysicsKIT4STEM for 3 consecutive days in its headquarters in Athens, Greece.

The partners involved in the project (ECAM, PISTES, AKNOW, ATERMON, SCHOLE and EMPHASYS) participated in the event both physically and virtually.

On the first day on the 5th of October, the partners received a general presentation concerning the main areas of the project such as 1)Update on the finalised and ongoing tasks, goals of the project and important deliverables 2)Discussion about goals of the LTTA (proposal), adaptation to the current situation and avancement of the project. 3)Introduction to the outputs participants will be using during the 3-days training event. 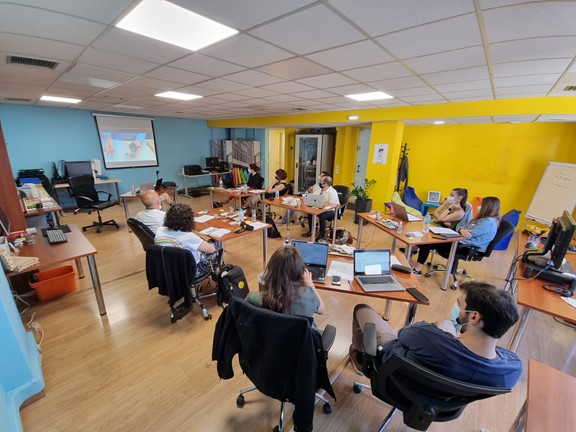 They received their IO1 PhysicsKit educational backpack and also the Guide for Assembly and Configuration, where there was a review of the visual guide depicting the steps needed for assembling and configuring the PhysicsKIT and its components for teachers/pupils to be able to build it in the classroom.

Later on the partners were trained on how to assemble the PhysicsKIT and electronics kits using the guide.They were also introduced the Raspberry Pi and how to use the GPIO by connecting a series of sensors to the Raspberry using a breadboard. 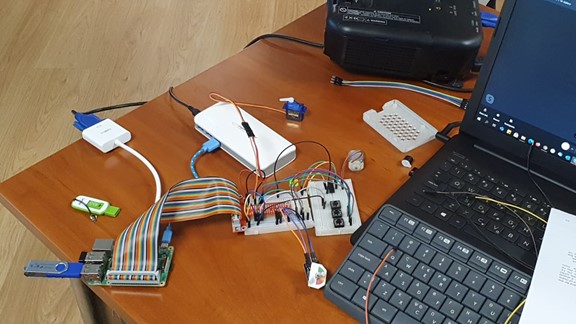 For the next two days, the PhysicsKit Curriculum Design and Development was reviewed in the classroom with sensors, electronic components and peripherals to teach physics and perform experiments.

Following they reviewed and completed all the glossary of terms, keywords and expressions that are used in physics, electronics, programming, physical computing, but also in developing and building constructs.

Everyone was very interested in the project outcomes and shared their valuable feedback with the rest of the partners. What followed the theoretical part, was a display of each partner’s electronic kits and how they can be used in the context of the teaching process to enhance understanding of physics concepts, demonstrate programming constructs, and comprehend physics subjects.

Every partner presented one module and covered the four main topics which were: 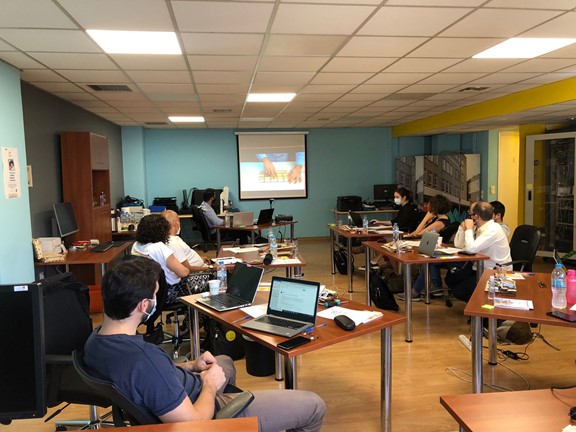 On the last day of the LTTA meeting all partners were delighted with the main outcomes of the project and how the process is evolving. They really enjoyed sunny Athens and its beautiful corners under the Acropolis and promised to renew their appointment very soon. 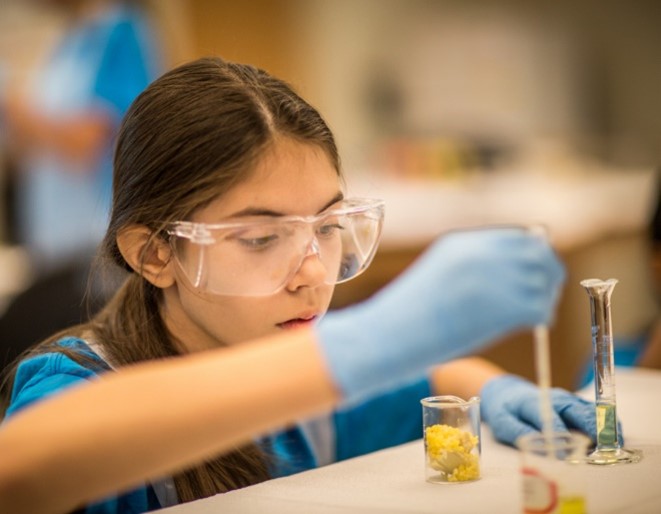 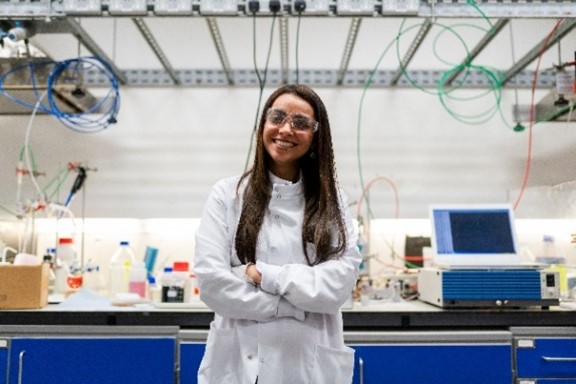 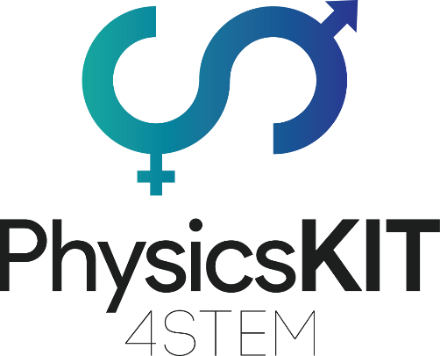